Local Beers of the World 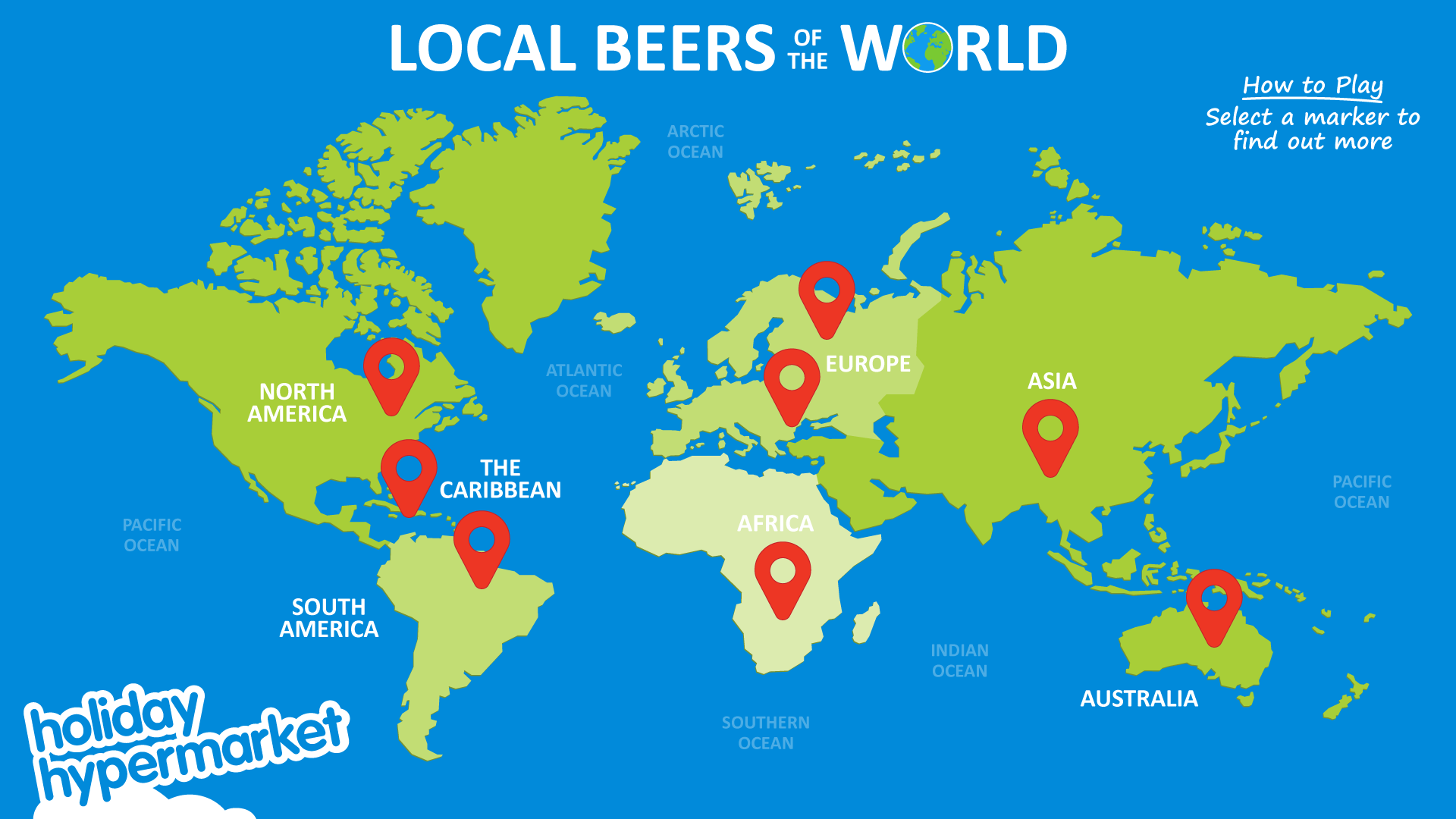 Thanks to the internet and the established idea of a shared global economy, the world has become a true tapestry of international cultures which is in stark contrast from the isolated glass case that it once was for each of its continents.

This notion has also brought about a beautiful amalgamation of art, food, and entertainment, with the phenomenon also prevailing in beer, one of the simplest forms of joy known to mankind.

Found all through the world, beer is a staple beverage in our everyday lives where we drink it while banging heads to our favorite music performances, nodding at a heartfelt moment in a TV show, or just while having a good old fashioned drink at a bar, watching sports or simply engaging with conversation with someone interesting.

While Europe is known for housing the most enthusiastic beer aficionados, the types of beer that gets brewed throughout the world are not limited to your Budweiser or Bud Light, as each continent has its own take on this world-favorite beverage which only makes it all the more special.

Fortunately, you do not have to take a crash course in mixology to tell your IPAs apart from your roasted malts, as this handy world beer map has got you covered.

Thanks to this nifty tool, we have been able to select a few choices taken from all over the world to curb that enthusiastic beer fan in you.

No matter if you like your beverage to be aromatic or to leave a strong taste to savor for minutes after you have finished it, the world itself has got something for everyone (where else would you have it if not on the planet you live in?).

Originating from Belgium as the nicer replacement for your store beer, this Pilsner is one of the most famous beers in the world. It is distinctive due to its slightly sweeter taste as compared to other Pilsners, which also makes it be more in demand by people who want to enjoy a drink without feeling too heavy about it.

And along with its taste, Stella Artois’ alcohol by volume (ABV) ratio helps achieve that goal, since it only has an ABV of 5.2%.

Pilsners are known for their light-amber color which could remind you of a golden hue on a shade of yellow, and Stella Artois goes the same way in appearance.

This German-brewed beer that hails from the Bavarian region is another gift from Europe to the world, where it is one of the most consumed beers not just for its Wheat-style of drinks, but just as a beverage that is known for its malty notes and the combination of the cozy yet refreshed feeling that it leaves you with after you have consumed it.

Having an ABV of 5.3%, it is easier to down a glass without feeling drowsy.

Wheat beer usually has a pale yellow color, and Erdinger Weissbier stays true to its name of “white beer” by following the same color swatch.

Quite different from the Indian Pale Ales of the 18th century, the modern take on this beverage that is most famously produced within the UK is known throughout the world, and Punk IPA by Brew Dog seems to be one of the prime examples of the beer-type.

IPAs are known for their fruity taste and various degrees of hops, and often leave a dry taste in the mouth which is appreciated by those who like to savor their drinks that way. Punk IPA takes the same route and remains on the stronger side of beers which make them perfect for a casual social gathering, with an amber color that is rich in aesthetics.

Punk IPA has an ABV of 5.6%, which is lower than the usual 8% which was recorded in the early iterations of the beverage.

If you live in this world at all, then chances are that you may have come across the signature green bottle and red star of Heineken, which in many regions is synonymous with beer.

Brewed in the Netherlands, Heineken is a Pale Lager that is distinctive for its hops, with a clear taste that has made it one of the most famous beers in the world to the point where even people in remote areas can look at a Heineken bottle and instantly recognize it for being the exemplary beer that it has established itself to be.

Having a pale golden color that proverbially shines within its official packaging, Heineken has an ABV of 5%, which makes it a go-to choice for anyone who is looking for a crisp tasting beer without having to feel drowsy for drinking it. 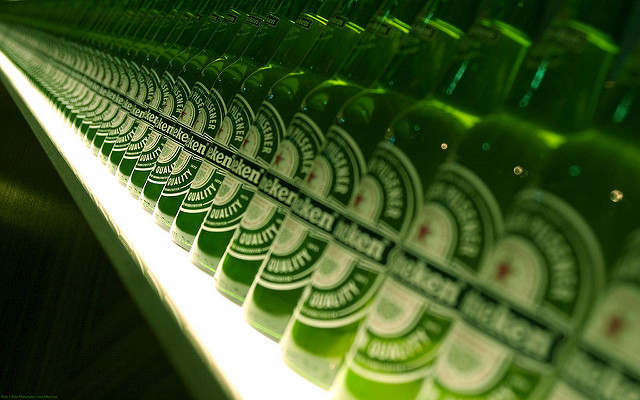 Brewed in the lively location of Las Vegas, United States, the Bourbon Barrel Russian Imperial has set itself apart within the region by offering a Stout that is meant for experienced beer drinkers.

With a taste that reminds its drinkers instantly of some of the richest elements in the world such as coffee, chocolate, oak and bourbon, the beverage is a delight like no other which imprints an unforgettable experience for anyone who is up to enjoying it.

The Bourbon Barrel Russian Imperial has a rich dark brown color that is instantly reminiscent of the aforementioned flavors. This stout has an ABV of 9.5%, which makes it an evening drink and one to be enjoyed by those who like a kick in their beer.

The Beer World Is Your Oyster

Since getting your hands on an international brand is not that difficult these days, you can find most of these brands at a popular local establishment or an online store. All that you need to do is to know exactly what you are buying so that you do not end up with something that you would not enjoy.

With the world beer map, you have the opportunity to learn more about these beers and many others in a better manner, which would not only add to your knowledge of the world to impress the ones in your circle but would also leave you with a sense of familiarity whenever you are up to trying a new style of beer yourself.

The Importance Of Safety Checks On Your Vehicle 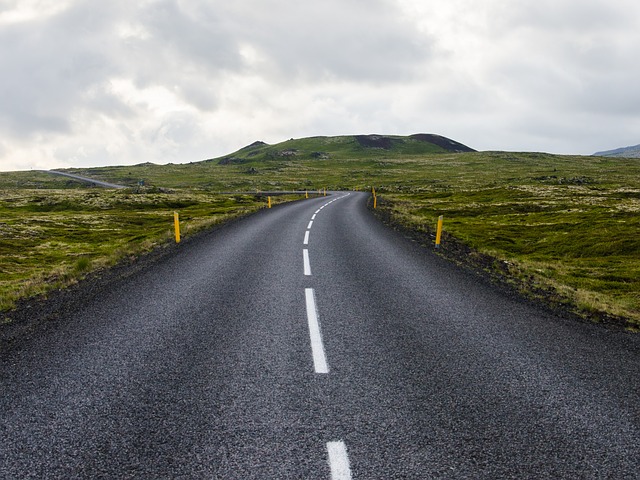 5 Best Cars to Rent for a Road Trip 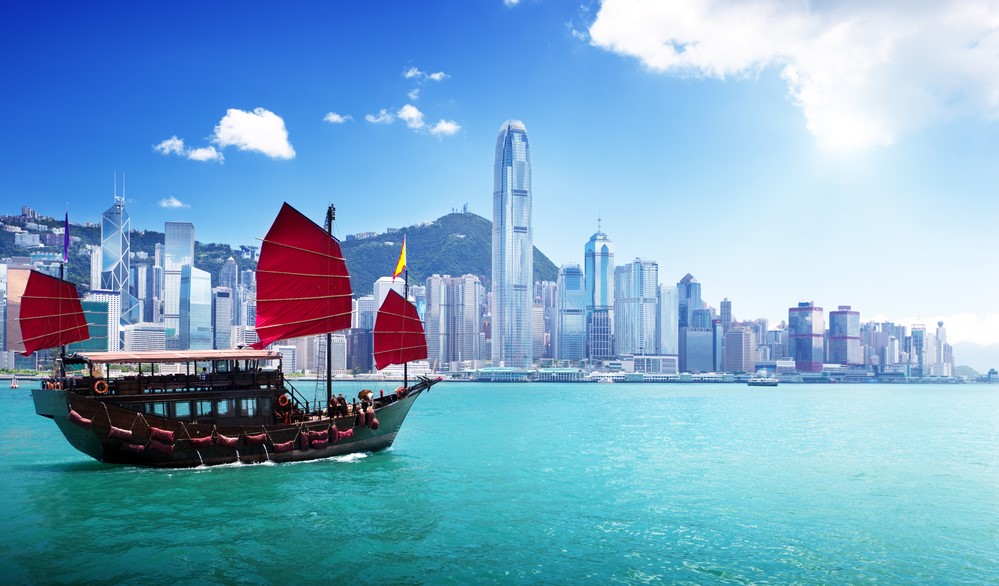 Is Hong Kong Still One of The Best Places to Visit?

The 5 Foods That Will Spice Up A Date